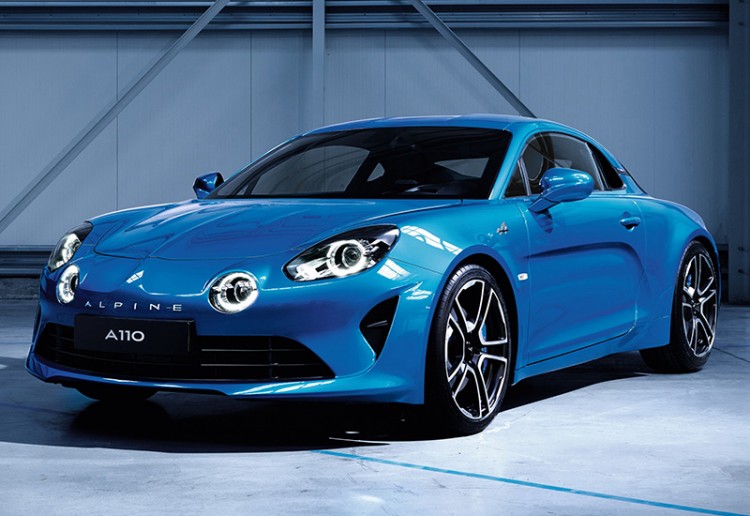 Renault has created cheaper options for its Alpine 110 range.

Simon Hacker asks if it’s been worth the wait.

Talk about a delayed comeback. In fact, for some fans the wait’s been a generation. Having taken the wraps off its Alpine options early this year and announced just one model, the £51,805 Premiere Edition, Renault’s specialist brand has finally set some new stickers on windscreens. So how do they look?

First, a pitstop recap. Alpine began in 1955 and earned its stripes tinkering with and racing Renaults. Renault bought the marque in 1973 and production ceased in 1995. Between those dates, we saw a succession of knockout machines: the A106, A108 and the exquisite A110 Berlinette, this new model’s namesake and genetic fingerprint. All paved the way to the A310 V6GT of the mid-eighties and the final Alpine, the A610, which rolled off production lines in 1995.

But Alpine’s story didn’t end there. It has continued to work on many illustrious Renault projects and, since 2007, Renault has teased enthusiasts with hints of blowing the dust off the badge.

So hopefully Alpine lovers are patient. The reward seems to be a fantastic new chapter with a new model that looks drop-dead serious about making waves in the performance arena. Here’s the new choice:

Most significantly, there’s the A110 Pure which “focuses on the driver/machine connection and has a minimalist approach”. Light weight, it has 13.1kg Sabelt monocoque seats and 17-inch light-alloy wheels, resulting in the A110 Pure weighing as little as 1,098kg. Inside, the leather-trimmed seats and matt carbon fibre casing emphasise a sporty character. The A110 Pure has a driving mode selector with three options: Normal, Sport and Race. Kit also includes air-conditioning, sat nav, Alpine smartphone and front and rear LED lighting, with options for Brembo brakes, active sport exhaust and 18-inch alloys. All in, it’s priced from £46,905.

Marketed more as a GT, the A110 Légende is the more refined option. Its adjustable seats are in black or brown leather, there’s a Focal audio system and high-gloss carbon fibre passenger compartment. Park assist and a rear parking camera make the A110 Légende easier to manoeuvre in town. Specific bi-colour ‘Légende’ wheel rims pay tribute to the original motif of the A110 Berlinette 1600S. Two other 18-inch wheel rims are available to choose from. It’s priced from £50,805.

All cars get the same new 1.8-litre turbocharged four-cylinder engine, set transversely ahead of the rear axle (instead of longways and south of it, as per the 1969 original). It sends 248bhp at 6000rpm and 236 lb ft at 2,000rpm to the rear wheels through a seven-speed twin-clutch Getrag box. Distinct from anything you’ll find anywhere else at Renault, the engine has bespoke induction and exhaust as well as ECU. Performance, to answer our headline question, suggests the wait has been worthwhile: 0-62mph demands a wait of 4.5 seconds, topping out at 155mph, all delivered by an auto paddle-shift set up.

Driving a French sports car this side of 1990 suddenly got seriously interesting!