Stringent emission targets set by the EU and other Governmental bodies have forced vehicle manufactures to develop new methods of improving the emissions of a vehicle. One such development is the EGR (Exhaust Gas Recirculation) system. Unfortunately the manufacturers were forced to take a compromise. This was to fit an EGR valve to reduce the emissions of the vehicle, but compromise on the efficiency and reliability of the engine. 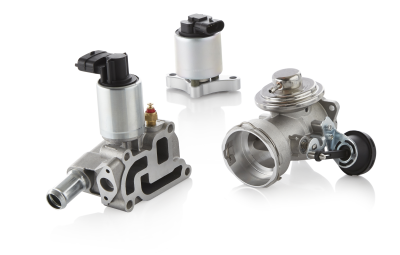 By recirculating exhaust gasses back into the combustion chamber during low engine loads the combustion temperatures are reduced and in turn reduce the NOx (Nitrogen Oxide) emissions. Failure often occurs when the dirty exhaust gasses clog up the valve causing it to stick in the open position, when this happens the engine is starved of oxygen and becomes sluggish and inefficient, in some cases the vehicle can become almost undriveable. The EGR valves can also fail electronically when the internal motor or position sensors fail.

The consumer is now becoming wise to the negatives of the EGR system, becoming tired of the expensive repair bills and reliability issues they cause. Therefore, we offer a full EGR bypass / removal service which results in better efficiency and less maintenance costs. Our EGR removal service boast's the following:

There are two aspect to the EGR Removal service. First the EGR Valve is blanked preventing any exhaust gasses from passing through the valve and entering the intake system (EGR blanking is only required when the valves cannot fully close due to carbon build up or motor failure). Secondly, the ECU is Remapped (Reprogrammed) and the EGR functions are removed from the ECU software or the valve is electronically programmed to remain closed at all times. This is the most important aspect of the service and it is vital that it’s done correctly. We can also remap the vehicle for better performance and fuel efficiency at the same time.